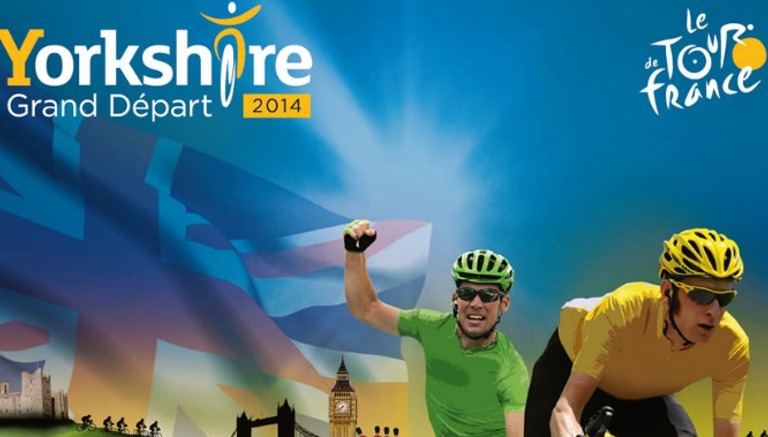 Yorkshire to host the opening stages of the Tour de France

It has been announced that Yorkshire will host the 2014 Grand Depart, the opening stages of the Tour de France.

The opening stage of the 2014 Tour de France will take the riders north from Leeds through the towns of Otley, Ilkley and Skipton before heading into the beautiful Yorkshire Dales and ending in Harrogate.

Stage two heads west from the historic city of York towards Haworth - the village that was home to the Bronte family - and also passes through Holmfirth, the filming location for long-running BBC sitcom Last Of The Summer Wine, before reaching Sheffield.

Gary Verity, chief executive of Welcome to Yorkshire, the agency behind the successful bid, added: "The routes of the Grand Depart will showcase some of Yorkshire's iconic cycling climbs and the county's stunning land and cityscapes.

"The peloton will be technically tested as they tackle some challenging terrain in what are sure to be two exhilarating days of racing in the county."

Why not extend your visit to Yorkshire with a visit to the beautiful Yorkshire Coast. Crows Nest Caravan Park have a range of luxury holiday homes for hire, as well as touring caravan pitches and tent pitches. Our camping field offers fantastic sea views towards Scarborough and its iconic castle.

Further details about all aspects of the 2014 Tour de France Grand Depart can be found on the Welcome to Yorkshire website.